Some of our visitors below 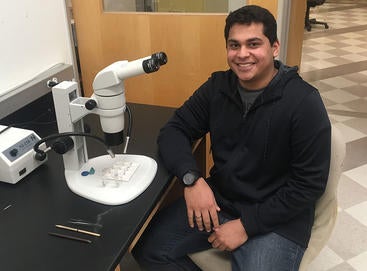 Flávio Albuquerque Almeida is a Ph.D. student in Zoology at the Universidade Federal do Pará and Museu Paraense Emílio Goeldi. Flávio joined the Heteropteran Systematics Lab in August 2019 as a Fulbright scholar for a 9 month fellowship. He works on Dipsocoromorpha, focusing on taxonomy and phylogeny of Schizopteridae. His current project is the taxonomic revision and phylogeny of the subgenus Schizoptera (Zygophleps) (4 described spp, ~45 new spp), integrating molecular and morphological data. 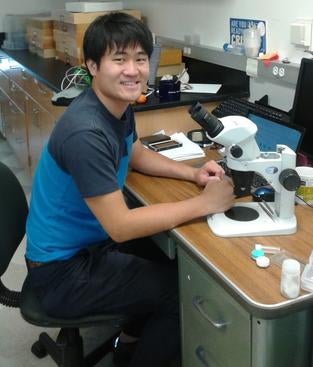 Naoki Ogawa is a Ph. D. student in Systematic Entomology laboratory at Hokkaido University, Japan. He is working on jumping function in Hemiptera, and he is a visiting scholar for 6 months to learn heteropteran musculature. 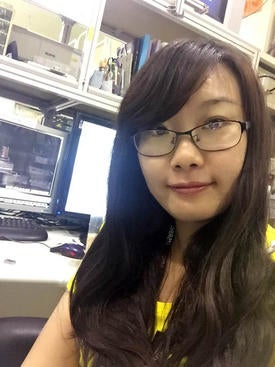 Sile Du is a Ph. D student under the supervision of Professors Yunzhi Yao and Dong Ren, majoring in fossil research of Heteroptera in College of Life Sciences of Capital Normal University in Beijing, China. She is as a visiting scholar for 6 months to learn the relevant knowledge and skills about Dipsocoromorpha. She is working on describing fossil species and hopes combine the molecular data and the morphological characters of fossils to carry out total-evidence phylogenetic studies for Dipsocoromorpha. 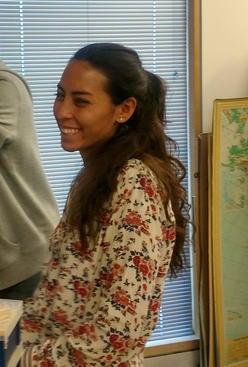 Juanita Rodríguez Serrano is a student in Bióloga de la Pontificia Universidad Javeriana, at the Universidad del Rosario. She is visiting for 6 weeks as in intern for the Dipsocoromorpha project. She is working on describing a new genus and numerous new species of Neotropical Schizopteridae.

Grace Radabaugh majored in Entomology and did research in the lab. She focused on assassin bugs in Madagascar, with emphasis on the charismatic genus Ulpius. She has returned as a volunteer once a week to continue this work. 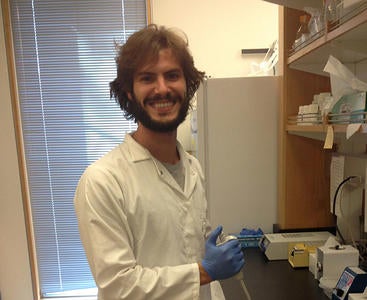 Filipe Michels Bianchi is a student in the Zoology Department at the Federal University in Rio Grande do Sul, Brazil where he is part of the staff at the Systematic Entomology Lab under the supervision of Luiz Alexandre Campos and Marindia Depra. His interests include the Phylogenetics and Morphology of Pentatomoidae. Currently, he is studying the genus Euschistus (Pentatomidae: Pentatominae) with molecular and morphological approaches. 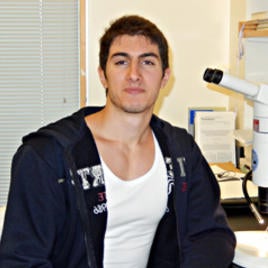 Leonidas - Romanos Davranoglou is a second year Zoology student at Imperial College London (originally from Greece) and visited UCR on July 2014 to work on the description of two new Neotropical Physoderinae, together with Christiane Weirauch and Wei - Song Hwang. Apart from reduviids, Leonidas is interested in other Heteroptera as well as cockroaches and would like to pursue a career in Entomology combining both taxonomy and morphology. 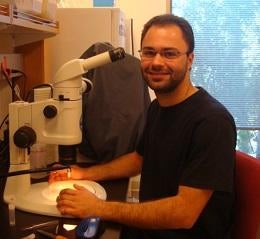 Kim Ribeiro Barão is a student in the Zoology Department at the Federal University in Rio Grande do Sul, Brazil where he is part of the staff at the Systematic Entomology Lab under supervision of Jocelia Grazia and Augusto Ferrari. His work is on Pentatomidae, mainly focusing on a phylogenetic analysis of Carpocorini based on molecular and morphological data. 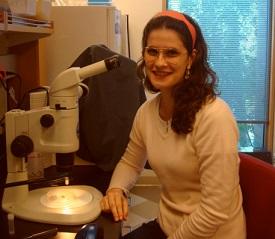 Thereza de A. Garbelotto is also student in the Zoology Department at the Federal University in Rio Grande do Sul, Brazil where she is part of the staff at the Systematic Entomology Lab under supervision of Luiz Alexandre Campos and Jocelia Grazia. Her work is a cladistics analysis of Discocephalini – Pentatomidae (a Neotropical tribe) based on morphological and molecular data, focusing on a cladistics classification. She is visiting our lab to learn more about molecular data and phylogenetics. 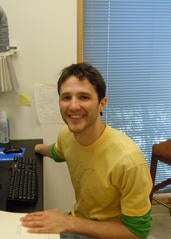 Fernando Soley (originally from Costa Rica, but doing his PhD in Australia) visited fall 2010 to work on comparative and functional morphology of tarsal structures in Emesinae, the thread-legged bugs that comprise spider predators. 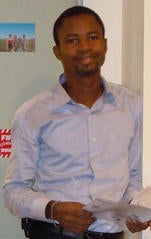 Onehireba ("Tito") Udah visited fall 2010 and summer 2011. He is based in Ile-Ife, Nigeria, and working on a masters project focusing on the reduviid fauna of Nigeria. 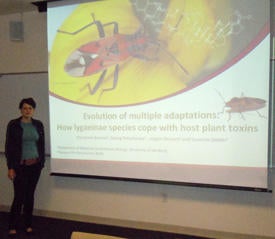 Christiane Bramer is a PhD student from the Dobler chemical evolutionary ecology lab in Hamburg who visited summer 2013 and presented on her research on Lygaeinae, cardenolines, and aposematic coloration.