Our research focuses on the systematics and evolution of Heteroptera, or True Bugs. Heteroptera comprises more than 45,000 species in ~88 families and is one of the largest groups of non-holometabolous insects. True Bugs are found in terrestrial, aquatic, and even marine habitats and their feeding preferences encompass everything from phytophagy to zoophagy and hematophagy, involving monophagy, mixed feeding, and parasitism. The majority of Heteroptera are plant feeding and species in many families are serious crop pests, but there are also beneficial Heteroptera that are used as biocontrol agents in integrated pest management.

One aspect of our research focuses on Reduviidae, or assassin bugs. With more than 7000 described species, Reduviidae are the second largest and one of the morphologically and ecologically diverse groups of Heteroptera. Mainly predators of other insects and arthropods, species of Triatominae or kissing bugs are blood feeding and transmit Chagas Disease in South and Middle America. Predation techniques include cleptoparasitism in spider webs, camouflage with corpses of dead prey, and sticky traps. Some species even attract and paralyze ants with gland secretions! Reduviidae are some of the most inventive predators on the planet!

Our second group of interest are Miridae, or plant bugs. With more than 10,000 described species worldwide, Miridae are the largest family of Heteroptera, but many new species remain to be described. Often plant feeding and host specific, Miridae are currently established as a model to study the evolution of insect host-plant relationships. Another striking aspect are the myrmecomorphic features of Miridae although the nature of their association with ants are still not well understood.

Our lab has recently started to also focus on the systematics of Dipsocoromorpha, with emphasis on Schizopteridae. The so-called "minute litter bugs" are among the least studied of all Heteroptera. The worldwide group with highest diversity in the tropics of the Old and New Worlds now comprises ~500 described species in 6 families. Species inhabit cryptic microhabitats including leaf litter, mosses, and the interstitial zone of streams.

Our research comprises all systematic levels from species-level analyses to higher-level relationships and integrate morphological and molecular character information. We use these hypotheses to gain insights into the evolution of behaviors, such as prey specialization in Reduviidae and choice of host plant in Miridae. In addition, we are exploring comparative and functional morphology of various glands across Heteroptera and work on the functional morphology of mating in this group of insects. 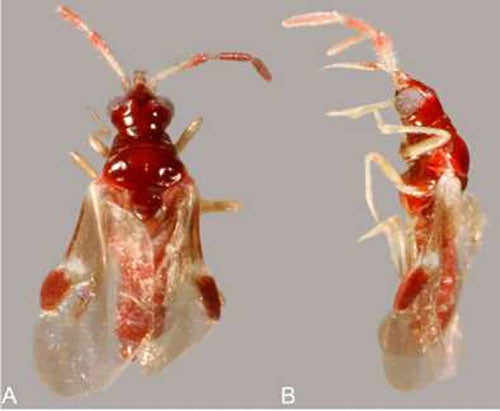 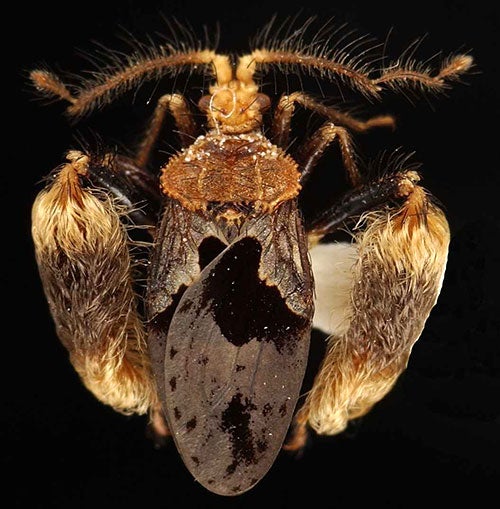 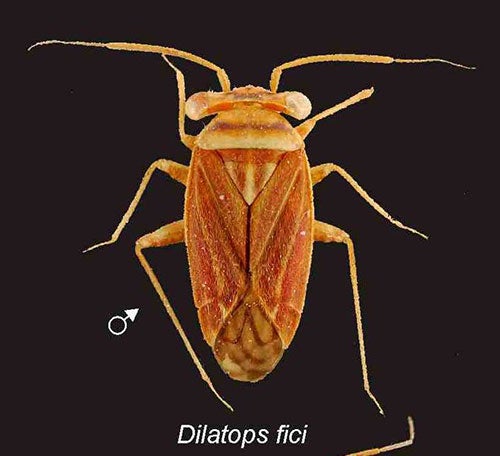